Fluorescent dyes, also described as fluorescent chemical sensors, have become essential tools in quantitative detection and visual imaging because of their sensitivities, technical flexibility, and quick response time. The signaling unit (chromophore), separator (chemical bridging), and attaching unit (receptor) have become the three major components of a fluorescence probe; altering these three essential elements enables the fabrication of probes particularly tailored to particular targets. Chromophores are organic pigments that can only capture light in the range of visible.

Such dyes may contain various auxochromes as well as functional groups that alter the chromophore's capacity to collect light, including amino, carboxyl group, carbonyl, phenol, sulfonic acid, as well as nitro compounds. Certain auxochromes can alter the generated color's position in the spectrum and improve the color's brightness, in addition to enhancing the dye's bioavailability. Biochemistry, immunofluorescence, immunostaining, and a series of processes all use specific sensors with red or green fluorescence- two of the most sought hues in the range of the electromagnetic spectrum. Transformative applications, for instance, have been developed in the domain of imaging living tissue to reduce cellular fluorescence intensity and specific binding in multicolored confocal microscopy.

To be seen by fluorescence microscopy, biomolecules must first be fluorescently labeled, attaching fluorescent dyes to organic compounds inside the molecules. The potential for the specific detection of enzymes and the investigation of their interactions have been drastically altered by the advent of novel fluorophores. Analyses of cellular procedures and systems are now accessible because of improved fluorescent dyes, which were previously unachievable. Since fluorescent labels are very sensitive even at low concentrations, durable for extended durations of time, and therefore do not affect the functionality of the protein targets, they have many benefits. Labeled cells can be tracked in vivo and in vitro using focused imaging. It is also possible to simultaneously observe many molecules when using various fluorophores within the same specimen.

There seem to be two techniques to visualize your target protein via fluorescence imaging: biologically connecting a fluorescent dye to a target molecule, creating an intrinsic chromophore, or using fluorescently tagged antibodies that bind selectively to a targeted protein. The last test is more beneficial or even required for specific biological questions. For instance, fluorescent proteins cannot be used with histology samples because, in most cases, the material is obtained from an entity that lacks fluorescent proteins. Additionally, immunofluorescence seems to be much quicker if a working antibody is accessible than luminous protein approaches, which require you to replicate the desired gene and sometimes get DNA into the right cell.

The fact that fluorescent proteins are proteins themselves seems to be a further drawback. It gives them certain proteinous properties inside a cell that may cause malfunction or incorrect interpretations of the associated protein of particular interest. Furthermore, it should be remembered that the preferred technique for studying living cells is typically using protein sequences.

When integrated into such an expression system and driven through the same regulator as gene encoding, fluorescent proteins can serve as gene function sensors in various scientific applications. Additionally, they are employed to monitor specific cellular components within organs and identify and see proteins in human tissue, as well as to track enzyme dispersion as well as dynamics inside intracellular pathways.

Likewise, fluorescent proteins act as a crucial means of identification for immunoassay methodologies like immunocytochemistry, electron microscopy, Western blot analysis, immunohistochemistry (IHC), as well as fluorescence-based immunoassay assay (FLISA), a technique similar to ELISA, when they are complexed to antibodies or even other biochemicals.

Designing new fluorescence probes has received a lot of attention with the goal of creating ever-more-complex structures to improve their characteristics and uses.

Fluorescent dyes have a number of benefits, including high specificity and sensitivity, as well as the capacity to fine-tune optical characteristics, such as lifetime, emitted and activation spectra, brightness, and anisotropy. Because they may be used in model organisms, including such tissues and cells, and since they can be exposed to light without causing cell harm, sensors with transparent excitable fluorophores are particularly intriguing.

A variety of specialized dyes are available to analyze cell divisions like lysosomes, endocytosis, or organelles like mitochondria. Using MitoTracker is a well-known method of monitoring mitochondria. This slightly thiol-reactive cell permeability dye reacts with free thiols on cysteine sites to form a covalent bond that allows it to attach to extracellular matrix components. MitoTracker is available in a variety of hues and forms. Unlike customary mitochondrial-specific dyes like tetramethylrosamine and rhodamine 123.

Once fixatives have destroyed the membrane potential, MitoTracker is not washed away. A collection of dyes known as LysoTracker, which come in a variety of hues, are employed to label acidic chambers like lysosomes. These weak acids and bases are fluorophore- and membrane-permeable. These bases' propensity for acidic compartments is probably caused by protonation. The vacuole seems to be a structure that resembles lysosomes in microbes like S. cerevisiae. This membrane-enclosed area has an acidic character as well.

What benefits are there?

One of the most widely utilized techniques for observing live cells and determining the architecture of macromolecules in cells and tissues involves fluorescence microscopy, which enables in situ research on these molecules without the necessity of hazardous or time-consuming labeling procedures. In order to make precise readings of the maintained sample, specimens can be corrected before the furthermore of a chromophore, or cell kinetics can be studied in living specimens with a level of accuracy and sensitivity that allows one to follow the journey of a specific protein over the course of its lifetime. Current fluorophore tags' high sensitivity makes it feasible to accentuate and highlight particular proteins or even other biological components, which, when combined with confocal imaging, results in an unmistakable three-dimensional interior of the cell's structure. The variety and sensitivity of the accessible sensors enable the simultaneous identification of several redundant systems within a single sample. 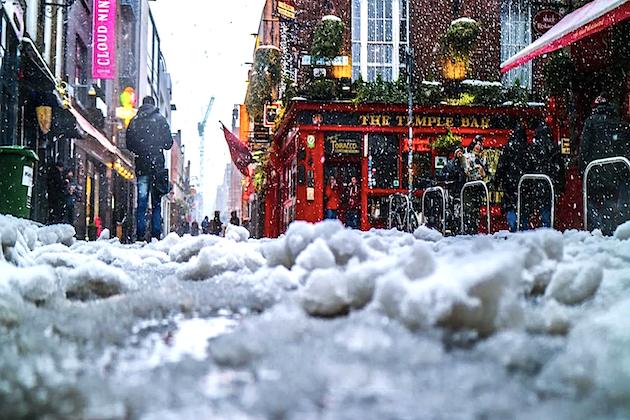