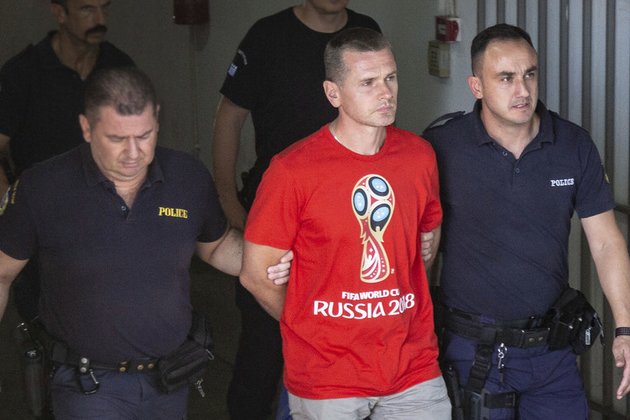 Crypto businessman Aleksandr Vinnik has been taken from Greece to the US in what his family described as an ?abduction?

A Russian crypto entrepreneur accused by the US of laundering billions of dollars has apparently been handed over to American custody by Greece, days after Athens secured his extradition from France. Aleksandr Vinnik's family said on Friday that he had been taken to Boston overnight on a private jet and then moved to San Francisco after making a phone call to them.

"It all was staged like an abduction," the family was cited as saying by the RIA Novosti news agency.

Earlier in the week, French authorities allowed Greece to take custody of Vinnik. His French lawyer, Frederic Belo, suggested the extradition was a "deceptive maneuver" that would be followed by his transfer to the US.

Vinnik was arrested in Greece in 2017 at the request of the US government, which accused him of using the now defunct BTC-e cryptocurrency trading platform to launder between $4 billion and $9 billion.

France had its own money laundering case against Vinnik and secured his transfer from Greece in 2019. He stood trial and was sentenced to five years in jail.

The US retracted its request to have Vinnik extradited from France last month, which made his defense team suspect that American authorities had opted for a roundabout way to get him.

Vinnik's lawyer said he would prefer to face justice in his home country to be closer to his family.

The businessman denied any wrongdoing, saying the American charges against him were baseless. He faces up to 55 years in prison in the US if found guilty.