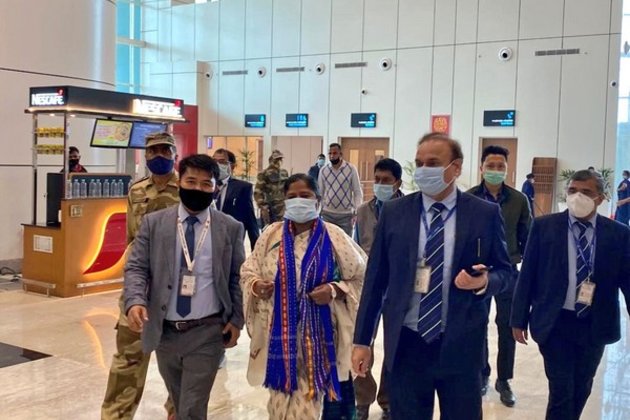 Bhoumik said, "PM Modi has the dream to connect India with Bangladesh. And to do so, Tripura is an ideal place. With that motive in mind, the Indian government has sanctioned a new highway connecting Tripura's Gomati district headquarters Udaipur with Comilla through Sonamura sub-division, a significant trade point located under Sepahijala district.""With the new highway, Tripura will get connected with Bangladesh's Comilla through Sonamura sub-division under Tripura's Sepahijala district. The new highway shall also connect Udaipur with Bangladesh directly", the Union Minister said. She also announced that there will be flights operational for Bangkok, Dhaka, Chittagong from Agartala soon.

According to the Union Minister, preliminary survey works are already done for the proposed project.

Bhoumik, while speaking to the ANI at the New Terminal Building of MBB Airport in Agartala, which was opened for the public on Saturday, said that the Tripura people are eagerly waiting for international connectivity by air. "We the people of Tripura are eagerly waiting for the day when the international flights will land in our state."Meanwhile, passengers from Kolkata who for the first time landed at MBB Airport, Agartala appreciated the facilities and thanked Chief Minister Biplab Kumar Deb-led government for the Airport. Bhoumik greeted the passengers with chocolates and sweets. Pratima Bhoumik said, "I am also flying to Manipur today from here as a part of the first passengers who are travelling outside Tripura from MBB Airport Agartala."The New Terminal Building of the Tripura MBB airport was inaugurated by Prime Minister Narendra Modi on January 4. (ANI)