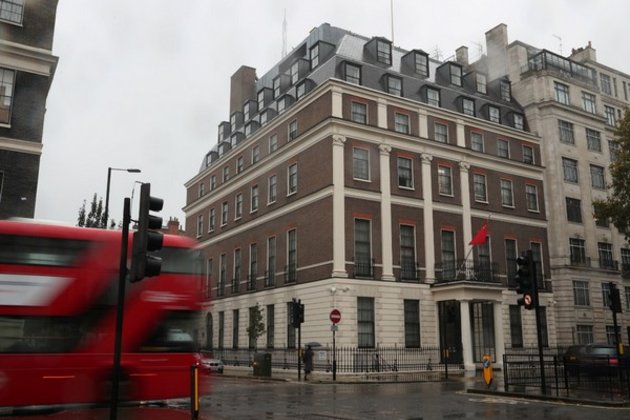 The Chinese Embassy in the UK dismissed allegations levied against Beijing that China actively seeks to snare poorer nations in "debt traps" and steals valuable strategic data from these countries, Russia Today quoted Beijing's embassy as saying in a statement.

Claiming that the Secret Intelligence Service (SIS) chief Richard Moore, who made the comments, was guilty of "peddling fake news and false intelligence" about China, the embassy in a statement attributed to a spokesperson said: "The truth is there is not a single country that has fallen into the so-called 'debt trap' as a result of borrowing from China."China neither seeks to interfere in the internal affairs of other countries, "nor does it impose its own will on others or seek any political benefits," the statement added.

Urging Britain to correct its mistakes, the embassy asked the UK to "cease its unfounded attacks against China". (ANI)

KATHMANDU, Nepal - While the Ministry of Finance has begun repaying interest on the loans for the planes, a batch ...

US gas prices below $4 per gallon after demand falls

WASHINGTON D.C.: Providing relief to drivers in the United States, the average retail gasoline price in the US fell below ...

NEW YORK CITY, New York: Walmart could sign a deal with Disney, Paramount, or Comcast, with the aim of breaking ...

Domino's pizza shuts down all stores across Italy

MILAN, Italy: Milano Today has reported that seven years after launching in the country, American pizza giant Domino's has now ...

DUBLIN, Ireland: Ireland, fearing fuel shortages, is weighing the rationing of fuel, to begin as early as September, according to ...

OTTAWA, Ontario: Military trainers from Canada will head to the United Kingdom to teach Ukrainians new techniques for fighting the ...

Survey of economists says 2022 Turkey deficit could grow to $40.2 bln

ISTANBUL, Turkey: Turkey's current accounts are expected to record a deficit of $3.4 billion in June and end the year ...