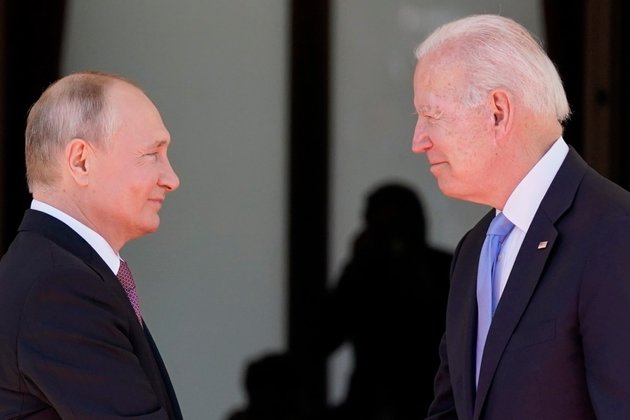 An aide to Vladimir Putin told reporters on December 3 that a video call would be held between the Russian leader and U.S. President Joe Biden after the former's trip to India next week.

Yury Ushakov did not specify when exactly the video call will take place, saying that final details of the talks were still being worked out.

'The contact is to take place within days. We already have a concrete date and time for this videoconference. But it is better to wait until all the parameters are fully agreed on with the American side, and then, we will be able to officially announce it,' Ushakov said.

Ushakov said the two leaders would discuss the progress of the implementation of agreements made between Biden and Putin in Geneva in June, 'unsatisfactory' bilateral ties, and 'Afghanistan, Iran, Libya, the Ukraine crisis, and the dialogue on strategic stability.'

Ushakov stressed that Moscow hopes Russia's demands for legal guarantees against NATO expansion eastward would also be discussed, adding that the Russia-initiated idea of holding a summit of the United Nations' Security Council leaders 'will likely be discussed' as well.

Reports of a Russian buildup of tens of thousands of troops near the Ukrainian border in recent weeks prompted the United States and several of its NATO allies to reiterate their support for Ukraine's independence and territorial integrity in recent days.

A day earlier, U.S. Secretary of State Antony Blinken urged Russia to withdraw its troops deployed near Ukraine and seek a diplomatic solution to escalating tensions in the region, warning Moscow of 'severe costs' in case of an aggression against its neighbor.

Ukraine and Western officials say Russia has kept tens of thousands of troops and heavy equipment near the Ukrainian border since war games held in western Russia earlier this year.

Russia has denied it is plotting an attack and blames Ukraine and its Western backers for fanning tensions, pointing to what it says is a similar Ukrainian military buildup.

With reporting by TASS and Interfax