One Dead, 49 Unaccounted For In Siberian Coal-Mine Fire 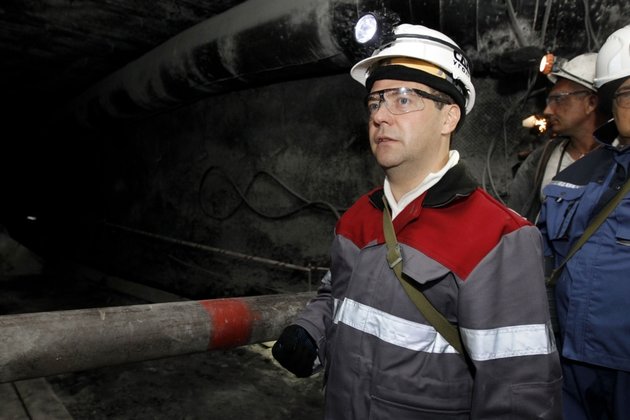 One person has died and 43 were injured in an explosion caused by a fire that broke out in a coal mine in the Kemerovo region of Siberia, authorities say.

The whereabouts of 49 miners remain unknown as hundreds have already been evacuated from the Listvyazhnaya mine in Kuzbass, the Emergency Situations Ministry said on November 25.

Local paramedics said five people were in serious condition, two of them suffering from smoke inhalation.

Regional Governor Sergei Tsivilev said the death and the injuries were caused by the explosion.

At least 287 people were inside the mine early in the morning when the fire started, said the owner of the mine, SDS-Ugol, one of Russia's largest coal companies.

'Emergency rescue work is under way at the Listvyazhnaya coal mine,' the Emergency Situations Ministry press service said. 'Some 236 people have been taken to the surface so far. The forces and equipment of [the ministry] are working at the site.'

Reports say the possible cause of the explosion, which did not cause destruction, could have been the ignition of coal dust in the ventilation shaft, which led to the smoke spreading throughout the ventilation system.

The Listvyazhnaya mine was opened in 2003.

With reporting by Reuters and TASS