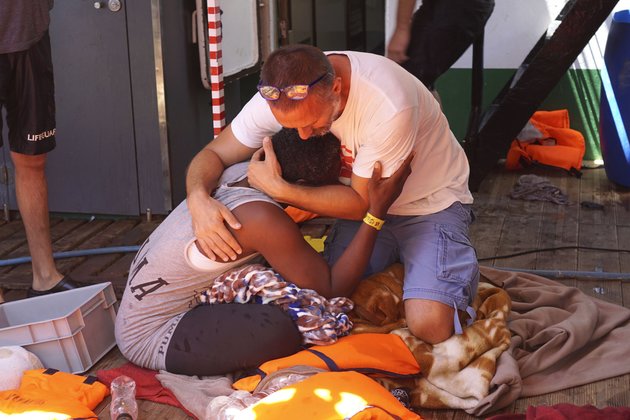 GENEVA - The United Nations is paying special tribute on World Humanitarian Day to the tens of thousands of women who risk their lives to provide life-saving assistance to millions of destitute people in areas of conflict.

In marking Monday's annual event, the world body says women account for more than 40% of humanitarian workers worldwide and that these 250,000 women work in some of the most dangerous places on Earth. These include the frontlines in conflicts raging in places such as Yemen and Syria, South Sudan, and the Lake Chad Basin.

Patricia Danzi, regional director for Africa for the International Committee of the Red Cross, tells VOA that women and men who become humanitarians do so because they want to alleviate the suffering of others.

"When you do this job, you do not think about your life," she says. "What you do as a man and a woman, you think about the lives of others and what can you do to improve that very life of people that are in a situation much worse than you could ever imagine."

In Washington, Secretary of State Mike Pompeo is offering his own tribute to humanitarian workers.

"Today, on World Humanitarian Day, we recognize the tireless efforts of humanitarian workers, who every day risk their personal safety on behalf of people whose lives are disrupted when crises hit," Pompeo says in a prepared statement. "We applaud the commitment of humanitarian aid workers who persist despite the dangers, and we especially honor those who have given their lives helping to protect the most vulnerable populations worldwide."

Statistics show that aid work is becoming increasingly more dangerous. Since 2003, the U.N. reports more than 4,500 aid workers have been killed, injured, detained, assaulted or kidnapped while carrying out their work. It notes women are at a particularly high risk of robbery, sexual assault and other violence.

Danzi says last year, two young ICRC midwives were killed in northern Nigeria. She says another female health worker was abducted in Somalia and several colleagues, including one woman, were abducted in Syria.

Danzi says it is important to have female humanitarians in the field because they have a perspective different from that of men regarding women's issues. She says women comprise more than half the populations involved in crisis.

The U.N. General Assembly designated Aug.19 as World Humanitarian Day in 2008, in honor of the 22 people who lost their lives in the 2003 terrorist attack on the Canal Hotel in Baghdad. Among the victims were the secretary-general's special representative for Iraq, Sergio Vieira de Mello, and seven women.