US Alarmed Over Reports of Russian Buildup in E. Ukraine 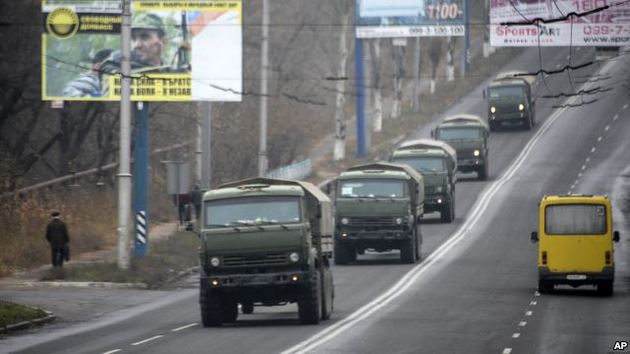 The White House voiced "grave concern" Sunday over reports of military reinforcements pouring into eastern Ukraine from neighboring Russia, including the cross-border transfer of heavy weapons and tanks.

National Security Council spokeswoman Bernadette Meehan also warned that any move by pro-Russian rebels to seize more territory in Ukraine's embattled east would be seen as a "blatant violation" of a cease-fire deal with the Kyiv government.

The latest U.S. warning comes as European monitors reported convoys of heavy weapons and armor moving into the east.

Meehan urged both sides to fully honor their commitments to a September 5 truce, particularly Moscow's promise to stop the cross-border flow of troops, weapons and supplies.

NATO sources say the tanks moving into Ukraine's east appeared to be unmanned, and said they did not display any identifying markings. But a spokesperson said they "represent a potential for significant reinforcements" to rebel forces.

The Kyiv government on Friday accused Moscow of sending more than 30 tanks and truckloads of troops in support of the pro-Russian rebellion.

Moscow has repeatedly denied any official military involvement in Ukraine, and has described Russian troops fighting alongside rebels as volunteers doing so on their own time.

Heavy shelling around the rebel-held Donetsk in eastern Ukraine on Sunday increased the strain on the two-month-old cease-fire between Ukrainian government forces and pro-Russian separatists.

Donetsk was pummelled Sunday by the heaviest shelling in a month, and European monitors in Ukraine said they are very concerned after seeing convoys of heavy weapons and tanks without insignia in separatist-controlled areas of Ukraine.

There were no immediate reports of new casualties, but large clouds of black smoke could be seen over the ruins of the airport. The separatists are seeking to seize the airport, which is still under government control.

However, Ukrainian military spokesman Andriy Lysenko said three Ukrainian soldiers had been killed in the past 24 hours and a further 13 injured.

The OSCE chairperson-in-office, Swiss President and Foreign Minister Didier Burkhalter, said he is worried about a resurgence of violence, which has already killed about 4,000 people, according to the United Nations. He urged all sides Saturday to do all in their power to further consolidate the cease-fire and stay away from acts that could lead to a new escalation.

Reuters journalists inside Donetsk, who have been there throughout the fighting, said the shelling sounded more intense than at any time since early October, a period when a playground was struck killing at least 10 people.

Sunday's strikes appeared to come from territory held by both government and rebel forces, Reuters reported.

Shelling could be heard in the center of the city, which had a pre-conflict population of more than one million.

Ukraine's military said its stand-off with the pro-Russian separatists had intensified in the past week, which saw the rebels swear in new leaders after elections the government said violated the terms of the truce pact.

U.S. Secretary of State John Kerry said in Beijing Saturday the U.S. and Russia agreed to exchange information about developments in Ukraine. When it comes to sanctions against Russia, Kerry said choices Moscow makes on Ukraine will decide what happens.

Russian Foreign Minister Sergei Lavrov, who met briefly with Kerry, said it is up to the separatists and Ukrainian government to finalize the cease-fire.

Some material for this report came from Reuters. 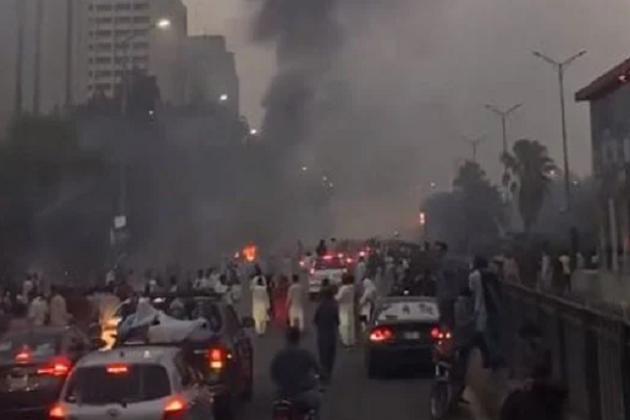